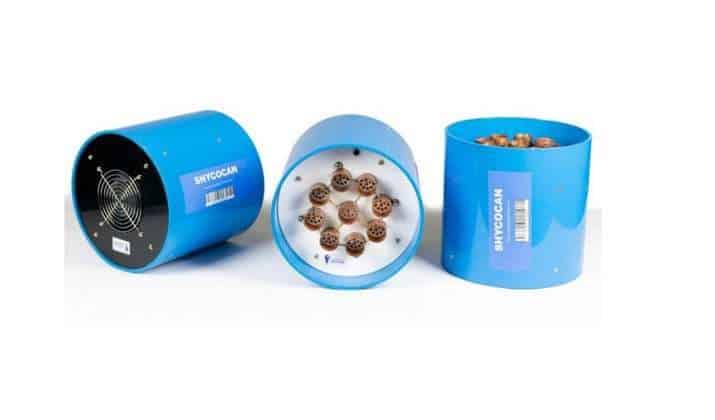 It appears that the Indian  Scientist Dr Rajah Vijay Kumar at Bangalore has finally developed a device called Shycocan to kill Corona virus in rooms and in public places. Reportedly, the devices has received approval from the FDA, US and EU and is set to be marketed to the US and Europe, in addition to 3  companies in India which have obtained the licence   for manufacturing the device, it has been reported.

Shycocan stands for   Scalene Hypercharge Corona Canon and looks like a large flashlight. It can be  installed in public places like Malls, schools, offices, hotels and airports etc.  In tests, Shycocan has been proved to be 99.9% effective in neutralising the Corona virus protein, thus making it ineffective in transmitting the disease. 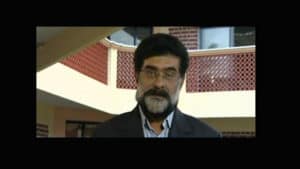 “We have done studies on how it performs — it neutralises the Spike protein or the S protein that is basic to the novel-coronavirus’ structure. So if you deploy this device everywhere, possibly there will be global containment of the virus.”

Reportedly, the device was ready in March 2020 and it was sent to the US for lab testing. It was seen that it could be effective across an area of 1000  Cubic Metres.   It appears that the device can kill the Corona virus present in this area but it won’t kill other kinds of micro-organisams that are necessary for keeping the environment sustainable.

The device doesn’t use any chemicals and doesn’t cause any ozone layer depletion and is environment-friendly.

Shycocan functions on regular 110/240V – 50/60 Hz wall socket and is a plug and operate device, that sends the necessary electronic messages to a photon mediated electrons emitters (PMEE). The PMEE generates hypercharged high-speed electrons by photon mediation that interact with the negative S-protein of Corona family of viruses, thus making them ineffective and check air and surface borne transmission of corona.

The attack system of the virus begins with the initial locking onto the virion to the host cell. It is initiated by the activity of the  S-protein on the host  “negative” cell membrane. The sites of receptor binding domains (RBD) within the S1 area of a Corona virus S-protein vary depending on the virus. The S-protein/receptor interaction is the main agency for a Corona virus to infect a host cell and regulates  the tissue tropism of the virus.  The end result is the fusion and release of the viral genome into the cytoplasm.

The Shycocan is said to break this process of interaction of the S Protein with the host cell by making the S Protein ineffective. This is done by the release of  high velocity hypercharged electrons when Shycocan is turned on. Thus, the Corona viruses present in the area under the impact of Shycocan can’t bind to the host cell and can’t release the viral genomes into the cytoplasm.

Shycocan has been cleared by the FDA, US and by the EU after 26 tests., including harmful impact on the humans and animals in the ambit of its operation and also on its impact on other gadgets present in the area of its impact.

So far, according to the maker of Shycocan, 9 companies in India have shown interest and out of them, 3 have obtained the licence to manufacture it. Shycocan is set to be manufactured on a large scale in India, US and Europe.

If Shycocan is a really effective device, then it means that India has taken the lead in controlling Corona. The export of this device across the world should  place India  on the forefront of healthcare devices enabled with IT and electronic technology.

At the same time, Shycocan  should be speedily made available across India so that the spread of Corona can be checked. The Indian government has a large role to play in this.

IT Partners Body Speaks for Make in India IT Products

How are the printing and related technologies copies during lockdown?  Kuldeep Malhotra, Director & V.P. Sales…