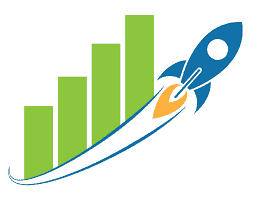 Snapdeal recently reported that the deployment of its in-house hybrid cloud solution Snapdeal Cirrus, has led to a massive impact on cost and business optimization – the headline being a whopping 75% drop in its monthly infrastructure costs.

Snapdeal Cirrus is built entirely using open source platforms like Openstack with a home grown layer of infrastructure-as-code built on top of it, making it not just an industry-first in India, but also one of the largest deployments of a hybrid cloud anywhere in the world. Since its launch in last September, Snapdeal has migrated over 300 microservices and 200 datastores onto Cirrus, without any downtime required. During this massive live migration, it built the capabilities to orchestrate any microservice at will on their own private cloud or any of the public clouds like AWS, Azure or Google Cloud Platform.

Rajiv Mangla, Chief Technology Officer, Snapdeal said, “Since the launch of Snapdeal Cirrus our monthly burn on public cloud has been cut down to one-fourth. When we decided to build a hybrid solution, our infrastructure needs were growing exponentially and in a short span of 10 months we have built an extremely reliable and scalable platform, with a small but extremely talented team.”

The addition of Snapdeal Cirrus to Snapdeal’s innovative technology platform, has led to massive cost savings, but has also lead to exponential performance gains across its applications, providing a consistently more reliable and friction less experience to customers across India.