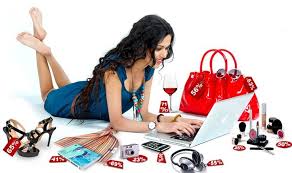 Snapdeal has announced additional measures to support its sellers, some of whom had Cash on Delivery (CoD) orders returned after the recent demonetization announcement.

Snapdeal has shared with its sellers that it will bear all the logistics and packaging cost for all CoD orders (worth more than Rs 500 and above) which have been returned by users in the week following the demonetization (9th – 15th November, 2016). In its communication to sellers, it has informed them that any such charges, which are in normal course, borne by the seller, will be paid for by Snapdeal.

This move follows a string of measures taken by Snapdeal in recent weeks to help both the users and sellers manage in a situation of reduced availability of currency notes. Immediately after the currency ban, Snapdeal rolled out Wallet on Delivery, where users could pay on the FreeCharge wallet upon delivery. Snapdeal also sent card swipe machines to users, so that they could pay on their cards in the absence of currency notes. Users were also given the option to delay acceptance of their CoD orders by a few days till they could arrange the required currency for the payment. Those who tendered the payment with Rs 2000 notes were offered the option to receive the change back in their FreeCharge wallets.

On 9th November, Snapdeal had brought down the CoD limit for new orders to Rs 2000. The said limit was removed from 17th November as more currency notes became available to the users.

Posted by: DQC Bureau
View more posts
Tags:cash on delivery, COD orders, demonetization, FreeCharge, Snapdeal, wallets
Snapdeal to waive seller charges for COD orders returned after demonization 0 out of 5 based on 0 ratings. 0 user reviews.
“Our current focus is on strengthening our partner base in India” : Manoj Taskar, Country Manager, Tenable Network Security
5 things to remember before sharing your Information

69% of the Indians Demand Rs. 1,000 banknote back in circulation

E-commerce major Snapdeal on Monday revealed that it is facilitating a major layoff in the company, with…