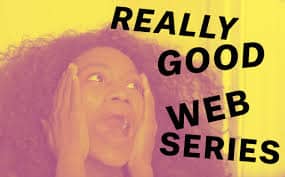 Transition from the idiot box to the in app viewing is turning out to be a trend-setting one. OTT platforms has now become our go-to destination for good content. And talking about good content, these platforms are loaded with a number of web series that have relatable story lines unlike the creepy daily soaps.

While there is a number of creative and extremely deserving web series on YouTube like Permanent Roommates, A.I.S.H.A and Girl in the City, we have shortlisted 5 amazing web series for you to binge watch this weekend. These web series bring the fresh story lines with commendable acting by the cast and will keep you glued to your screens till the last episode. Check ’em out! 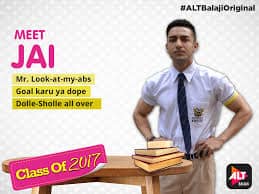 Being irresponsible, spoilt brats with a massive sense of entitlement can never substitute for character. School is tough. High school is tougher. Kids get bullied and body-shamed. Some of them take to drugs. And staying a virgin becomes a cross to bear. All of this features in ALT Balaji’s new webseries Class Of 2017. And that is it. There is zero to minimal character development, no depth in writing, not a modicum of intelligence or sincerity on display. Either the writers are confident that showing a bunch of kids having sex and consuming drugs all the time suffice for a good enough show. Or maybe that’s just the memo the writers got from its producers.

Fiction is stranger than the truth in Inside Edge, Amazon Prime Video’s first original Indian web series. Written and directed by Karan Anshuman, the series is set around a fictional Indian Premier League-like cricket tournament called the Powerplay T20 League or the PPL. The Mumbai Mavericks, owned by fading actor Zarina Malik (Richa Chadha), is headed by the earnest but complicated Arvind (Angad Bedi) and coached by Niranjan (Sanjay Suri). The team’s star player is the moody hothead Vayu Raghavan (Tanuj Virwani) who scores cocaine and sleeps with a cheerleader before the match. The Mumbai Mavericks team is one big happy family until Zarina finds herself in a spot, where she has to quickly find a co-owner to save her team from being dissolved the next season. 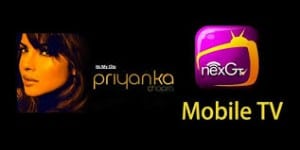 nexGTv announces first ever “mobi-series” with PRIYANKA CHOPRA. A web-series about four whacked out crazy bunch of girls, and their journey as they find their space in a new city, away from their hometowns. They are here for making a career, finding love, and finding themselves Produced by Priyanka Chopra, the show revolves around everyday lives and struggles of four young girls – Manika, Sonali, Tina and Nikki. The series captures the ups and downs of these girls as they set out to achieve their dreams. 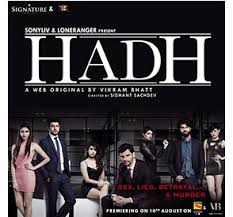 An intense drama starring Vidur Anand, Trishaan Singh Mainin, Pranav Sachdev, Meisha Sakshi Iyer, Tithi Raaj, Simran Kaur Suri, Shreeradhe Khanduja and Ishika Taneja, the story revolves around Amit, Arjun, Karan, and Veer. A top businessman in Mumbai with a 25-year-old company he’s built from scratch, Amit is diagnosed with leukemia and wants to hand over the reins of his company. His only problem? There are three strong contenders – Arjun, his only son, well-educated and talented but too fond of enjoying life; Karan, Amit’s lovechild, an intelligent and hardworking individual who wants justice for his mother; and Veer, Amit’s protégé, who has been deeply involved in growing the business. To identify the true heir, Amit plans a game and sets some rules, which forms the crux of the story.  Who will win, and at what cost? Master storyteller Vikram Bhatt’s epic story of human complexities awaits you with answers.

Barun Sobti and Surbhi Jyoti’s web-series Tanhaiyan has been keeping the audiences waiting ever since it was announced. The show was premiered on Valentine’s Day. All 10 episodes (approximate runtime 2 hours 15 minutes) were aired online on Hotstar. The web-series produced by Gul Khan (4 Lions Films) and directed by Gorky M.

Tanhaiyan is a story of love, longing and heartbreaks, and releasing it on Valentine’s Day is a smart move by the makers of the show. The teaser and the promos have created a lot of curiosity among the viewers.