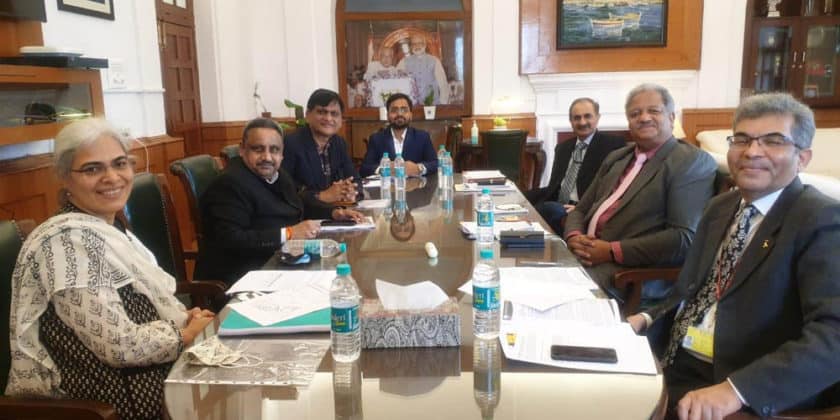 Traders bodies, especially CAIT members from across the country have been agitating for the reform in the GST rules. In earlier conversations with DQ Channels, they had asserted that the current GST rules are complicated and weigh adversely against the traders as also give undue powers to the GST officials, who can arrest and harass the traders for minor faults. AITWA has been supporting the CAIT members.

CAIT and AITWA had decided to send their representatives to meet the government officials on 15th of Feb in this context. They told DQ Channels that they had earlier sent letters to the Finance Minister Nirmala Sitharaman, Gujarat State Chief Minister Vijay Rupani and to other government representatives to apprise them of the problems faced by the traders because of the complicated GST rules. They had reported some incidents in Gujarat, in which the GST officials had reportedly harassed some traders and demanded high amount of fines and even held them in custody for some time.

As promised, the traders’ representatives met the government officials to discuss their problems.

It was communicated by some members of the traders’ bodies that in the wake of Bharat Vyapar Bandh call of CAIT, a meeting was held on 15th of Feb at North Block at New Delhi with Finance Secretary Ajay Bhushan Pandey , Chairman, CBIC M Ajit Kumar; P C Mody, Chairman, CBDT and other senior officials.  The representatives of CAIT and AITWA were present in the meeting.

According to the report from the traders, though the talks were in positive direction yet the Bharat Vyapar Bandh will continue. The reason for this was given as non-conclusive result of the meeting.

Puneet Singhal, President, CMDA said that though the meeting was held in a positive manner, there was no conclusive outcome. Hence, the decision to hold the strike on 26th of Feb shall stay in place.

Viren K Bavishi, General secretary, TAIT, said that the strike was being planned very meticulously across India. From every corner  CAIT units are working hard to make it successful.

Meanwhile, some media reports have disclosed that the government has taken the complaints of the traders in a positive spirit and is seriously trying to resolve these problems, so that traders can get relief in cases of late fees, NIL GST, payment of input credit and other issues.

At the time of writing this report, the traders were still firm on calling the all India strike on 26th of February.

Posted by: Archana Verma
View more posts
Tags:GST
Traders 26th Feb All India Strike Still On After High Level Meeting 0 out of 5 based on 0 ratings. 0 user reviews.
Iris Global Partners with Akshara on the Govt’s Dealing with Mauritius
Are DDoS attacks a thing of the Past or are they making a Comeback?