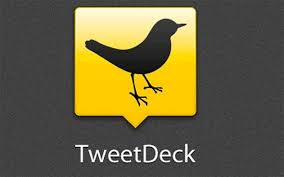 Twitter’s popular application TweetDeck is finally getting some new features. Twitter has said that it is considering collecting subscription fees from some users who need the premium version of the software. This will be a first for the social media website, as ever since its launch, it is the free service that has built it a big user base of 319 million. But unlike Facebook, Twitter never attracted enough profitable revenues through advertisements. Meanwhile, the social media giant had acquired TweetDeck six years ago. Twitter in order to decide on the idea, sent a survey to power users on the platform where it asked them about which features they think should be a part of the website. It also asked if the respondents were willing to pay for a full-featured model of TweetDeck.

TweetDeck is an interface which enables users for navigation on Twitter, Brielle Villablanca, company’s spokesperson, in a statement said that the social media website is conducting a survey ‘to assess the interest in a new, more enhanced version of Tweetdeck.’ She added, “We regularly conduct user research to gather feedback about people’s Twitter experience and to better inform our product investment decisions, and we’re exploring several ways to make Tweetdeck even more valuable for professionals.”

Earlier, there were leaks about the survey on Twitter, where Andrew Tavani, a New York Times journalist put up screenshots of the premium version of the TweetDeck. One of the pictures had the following words, “more powerful tools to help marketers, journalists, professionals, and others in our community find out what is happening in the world quicker.” Tavani’s tweets suggest that, Twitter is looking at the idea of a monthly subscription fee in the survey, which is around $19.99, which is around Rs 1,300 in India.

Twitter has been under a lot of pressure because of its slow revenue growth. In 2016, there were reports about a probable sale of the platform but there were no concrete bids. Ever since it went public, Twitter posted the slowest revenue growth late in 2016, so advertising cannot be the only method to earn revenue for profit for Twitter. But it is expected the TweetDeck service will remain free for normal users.

Posted by: DQC Bureau
View more posts
Tags:paid service, TweetDeck, Twitter
Twitter’s TweetDeck is now a paid service 0 out of 5 based on 0 ratings. 0 user reviews.
Use of digital technology to push biz growth: Study
Should women get paid leaves during periods?

All you need to do is just Google!

Want your business online? All you need to do is just Google! The Indian SMBs…