Indian tech start-ups, many of which suffered heavy losses due to the pandemic, have much to cheer as the Union Budget 2021-22 is significant in more ways than one, going by the announcements targeted to strengthen the dream of ‘Digital India’. Kunal Kislay, CEO, Integration Wizards Solutions gave his views on the budget from the IT sector’s perspective. Kislay said that even a cursory look at the Budget draft underscores the government’s intent of taking the nation into a more transparent, more comfortable, more prosperous, and more digital age.

According to Kislay, the announcements will not just give a fillip to India’s IT and tech startups but also help the country in realising its dream of self-reliant India. A few major budget developments backing the claim according to Kislay are –

How Announcements Related to MSMEs Help

Kunal further says that ranked 23rd among the global startup ecosystems in the StartupBlink Ecosystem Rankings of 2020, it must come as no surprise that India has a very considerable percentage of ventures working in fields like social networks, mobile technologies, analytics, cloud computing, augmented reality, Internet of Things, robotics and other such digital arenas. A majority of these start-ups fall under the Micro, Small and Medium Enterprises (MSME) bracket and thus, any policy or scheme that benefits the MSMEs is certain to help the tech industry as well. 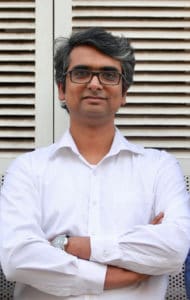 “The slew of measures announced for the start-ups accompanied with a greater focus on digital infrastructure in the Union Budget 2021-22 is most likely to make India a nation of many more Unicorn tech startups.”

According to Kunal Kislay, among the key announcements made for the MSMEs in the Union Budget 2021-22 were — outlay of Rs 15,700 crore for the MSME sector, review of more than 400 old custom duty exemptions, rationalising exemptions on import of duty-free items as an incentive to exporters, increasing the limit for tax audit from Rs 5 crore to Rs 10 crore to further reduce compliance burden, setting up a conciliation mechanism for quick resolution of contractual disputes, facilitating flow of credit under ‘Stand Up India’ to SCs/STs and women by bringing down the margin money requirement from 25% to 15% and incentivising the incorporation of one-person companies. The Budget also focuses on healthtech and mentions a pan-India healthcare portal for digital health management.

Digital is the future

Kunal further said that as for India, the IT sector in the country has grown leaps and bounds in the past decade due to global competence, growing importance of offshore business model, sustained quality of deliverables, and favourable government policies. The sector is also a big employment generator. In the coming years, the tech ventures in India will be the enablers of almost every welfare scheme and drive the country’s economy. The AI-driven warfare has also replaced the conventional Army combats and thus, technology will be at the forefront of the country’s defence strategy.

Kunal Kislay concluded that It is thus pertinent for both state and central governments to invest heavily on innovation and R&D while encouraging private firms coming up with innovative tech solutions. The slew of measures announced for the start-ups accompanied with a greater focus on digital infrastructure in the Union Budget 2021-22 is most likely to make India a nation of many more Unicorn tech startups. This is definitely a step in the right direction but there is a long road ahead.

Posted by: Archana Verma
View more posts
Tags:Budget '21
Union Budget 2021: A Boon or a Bane for IT and Tech Startups 0 out of 5 based on 0 ratings. 0 user reviews.
Microsoft announces three new industry Clouds
RAH Infotech partners with FireEye to distribute Cyber Security Solutions

What the Budget’21 Means for the IT – Industry Leaders Speak

Union Budget Expectations: India on the Path to V-shaped Recovery