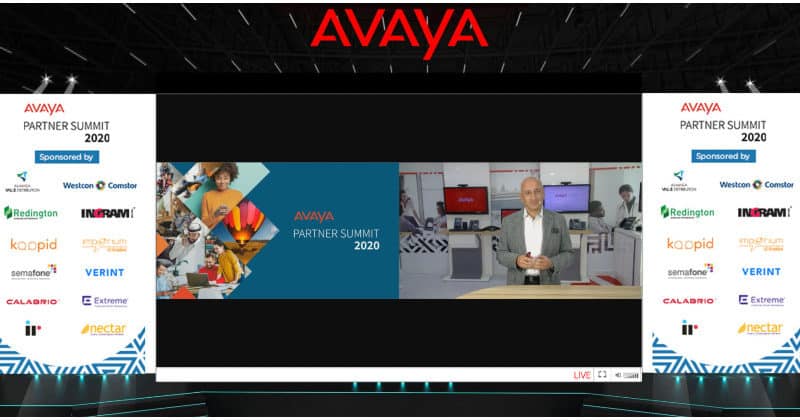 Avaya has shown channel partners how its latest cloud-first solutions, as well as updates to the award-winning Avaya Edge partner program, enable a framework to profitably transition to Software-as-a-Service (SaaS) business models, At its virtual edition of the Avaya Partner Summit.

The solutions presented at the online event leverage the unique hybrid delivery of Avaya OneCloud, a multi-cloud application ecosystem that enables organizations to choose the cloud technologies that deliver the business results they want at the speed they want.

These technologies are combined with Avaya Edge program updates that deliver richer commercial and technical support for partners moving to the cloud.

“It is our vision to take a cloud-first approach to everything that we do, and that includes supporting our channel partners with cloud-first solutions and a cloud-first channel program, which combined will help them to level up in stages as they move towards the cloud.

With a journey starting at our Avaya OneCloud Subscription offering and going all the way through hybrid deployment methods to full-public cloud products, we’re enabling our partners to remain profitable as they adjust their businesses to the SaaS model,” said Fadi Moubarak, Vice President – Channels, Avaya International.

The updates to the Avaya Edge program come as the company has driven significant cloud business growth through its partner community over the course of the year.

With the launch of solutions such as Avaya Cloud Office by RingCentral, Avaya has addressed the increasing demand for cloud services while simplifying the process of onboarding, deploying, and managing customers’ communications.

The number of active partners and agents selling Avaya Cloud Office more than doubled in the fourth quarter of Avaya’s 2020 financial year.

And the solution has seen a growing number of new customers being signed across every country in which it is available, including a seven-figure deal with a large United Kingdom-based Government customer.

“Although still early in its roll-out, Avaya Cloud Office is yielding very positive results. We are activating our base of partners by providing the UCaaS offer they were demanding, and with our agents, we are winning a significant number of new logos versus competitors,” said Moubarak.

The updates to the Avaya Edge program are expected to replicate this success across Avaya’s channel, giving partners the freedom to pursue subscription- and cloud-based models at the rate which is right for their business.

Other anticipated updates see Avaya helping partners level up their value propositions to customers, particularly when it comes to developing new applications for vertical-specific business challenges.

Highlighting new developer tools and incentives, the Avaya Partner Summit kick-started this development drive with a competition encouraging partners to build the next killer app for the new Avaya Vantage and Avaya OneCloud CPaaS.

NetApp brings optimization and enterprise data services to the Cloud

NetApp has unveiled a storage less solution for containers from Spot by NetApp, a new…