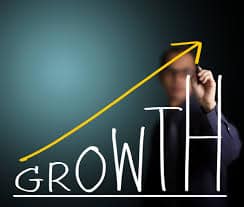 Palo Alto-based IT firm VMware sees India as one of its fastest growing markets in Asia Pacific region and expects business in the country to surpass its overall growth rate of 15 per cent in terms of order bookings. “We have been growing 15 per cent a year in terms of bookings. We expect India to grow much faster than that. We are talking 5-10 year journey. There is big growth opportunity in India,” Rajiv Ramaswami, Chief Operating Officer, Products and Cloud Services at VMware, said.

VMware deals in virtualisation technology which reduced need of building or deploying physical infrastructure required for businesses. It even works on technology that reduces need of several electronic hardware like desktop CPUs, mobile antennas etc deployed for technical operation of companies.

Ramaswami said virtualisation is less than 50 per cent in India, somewhere in the range of 30-40 per cent, while in the US it is probably 80 per cent and hence there is a lot of growth opportunity in the country.

He said that many customers of VMware have built their own cloud computing infrastructure and are further deploying its technology to scale up their operations like Bharti Airtel and SBI.

“There are some which are fairly advanced and very modern. BookMyShow is customer of ours that I would say is very modern but that is minority. Some public sector firms are hardly even virtualised. They are looking (to) build modern infrastructure,” Ramaswami said.

He said that the concept of public cloud adoption, data centres shared by other users, is fairy at young stage in India.

VMware India Managing Director Arun Kumar Parameswaran said India has enough appetite for growth with most of them looking to shift their manual operations to automation and with technology price dropping to level that is consumable in the country.

“Among verticals, biggest opportunity I see is government. If we see next three years, government will clearly stand out as the largest spender and also because of scale. We continue to see financial services sector to be close second,” Parameswaran said.

He said that even large Indian IT companies today ask for signing visitor registers which need to change with automation.

“In last 12 months, we have seen most of the action. Smart city project of the government, smart grids, government cloud, oil and steel public sector units are all are going to drive growth,” Parameswaran said.

He said companies in India are under pressure to adopt automation to enhance customer experience like expansion of online banking services, virtual showrooms are being developed by automobile companies etc which will drive adoption of virtualisation.

“We are investing heavily in channel”- Nilesh Jain, Trend Micro