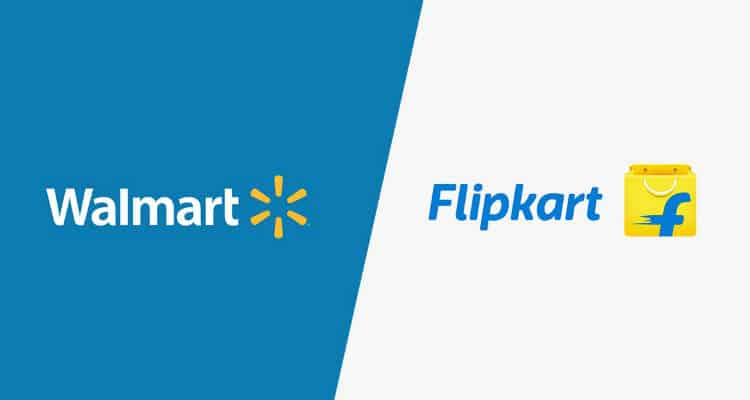 Walmart acquired a 77% stake in Flipkart for a massive $16 billion. The Flipkart acquisition, on the back of its earlier Jet.com acquisition, signifies the new aggressive attitude of Walmart as it competes against Amazon across the world, and now in India.

What are the key takeaways from the Walmart deal?

#1. The Organized Retail (both Online and Offline) Market will shake-up
The Walmart acquisition will pave the way for a new growth story for organized retail, with new investments and entrants vying to capture a slice of the India retail market. The dynamics of the online and offline retail will never be
the same post the Walmart-Flipkart deal.

At a broader policy level, the Indian Government would have to relook and consider opening up FDI in multi-brand retail. The intent should be to benefit the offline market in accessing capital and enabling homegrown conglomerates such as Tata Group to bring new global partners into India, and, global offline retail majors, such as Carrefour Group.

#2. Coming together of synergies – “Cash and Carry” meets “Digital”

Flipkart would be able to leverage the Walmart know-how and expertise in retail infrastructure management, marketing, supply chain, and in logistics. It would also be able to refine its internal business processes and deliver greater value to discount-hungry consumers. Over the past decade, Flipkart has shown tremendous maturity and business sense, through some smart acquisitions, including Myntra and Jabong.

The Flipkart acquisition provides Walmart with ready access to a vast consumer base and a massive logistics network. It will be able to embrace a Phygital approach in India, by tapping its current 21 stores in India for online retail opportunities, and as warehouse locations for delivery, complementing Flipkart’s network. Given its plan to add 50 new stores in India over the next 4-5 years, Walmart and Flipkart would be in the pole position to potentially win the race against Amazon.

Walmart’s Flipkart acquisition will come as a boost for small Kirana stores, and other SMEs in the supply chain, enabling them to get better market access and entry into organized retail. As a result, to gain the maximum out of the ‘Phygital’ approach, SMEs would start spending more on IT deployment, or upgradation.

#4. The Amazon strategy in India – Organic Growth versus Acquisition?

Amazon has committed to invest US$5 Billion in India, and more in the coming years. Last year, Amazon picked-up a 5% equity in Shopper’s Stop, showcasing its intent to grow beyond online. For now, it will seek to build on its technology strengths and its devices ecosystem. It will leverage its Prime user base, and build on Alexa’s capabilities. Would it continue to grow organically? Or, would it start looking at acquisitions in India, say, the Future Group?

Alphabet being a party to the Walmart-Flipkart deal indicates its serious intent in eCommerce in India. In the recent past, Alphabet has done some neat investments in India, including in pick and drop startup, Dunzo and e-commerce platform, Fynd. Will we witness a future where Alphabet will buy out Walmart?

Online groceries would be where Walmart-Flipkart and Amazon would start focusing going forward. While Amazon has Amazon now, Flipkart would like to tap Walmart’s supply chain expertise in building up its Grocery offerings. Given the deep pockets that both Walmart and Amazon have, they will commit to further investments to command the market. This upcoming battle, it turns, puts a big question market into the future of companies, such as BigBasket. Would they be able to sustain themselves and compete against Walmart on a reach as well as price, tough question?

#7. The harbinger for new IP creation

We anticipate collaborations between Bengaluru-based Walmart Labs and Flipkart to give a fillip to new IP creation. Flipkart has been betting big on harnessing AI for better customer experience and has shown interest in wearables. Flipkart-owned Myntra recently acquired Bengaluru-based wearable device startupWitworks. Going forward, this new Walmart-Flipkart R&D collaboration will lead to new IP generation and ventures.

One of the biggest challenges in the aftermath of a large merger is ensuring complete cultural integration. While it is easy to manage the financial and operational aspects of a deal, the tough challenge is of integrating two different work cultures. Will Flipkart and Walmart succeed in this regard? Time will tell.