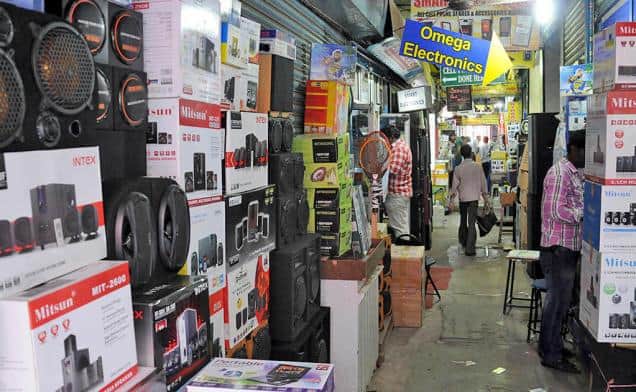 It is pleasant to see the super-traditional and conservative Ritchie Street has turned digital as more than 80% of the IT and electronics shops are accepting e-wallets. While many mobile wallet companies are in the market, it is the Paytm which has marked its domination. It is said that the Paytm executives started doing cold-calls soon after the announcement of demonetization. While more channel partners has adopted the mobile-wallet for the ease of business, many have queries and confusions on the payment methods and technological enhancement with the m-wallet.

The sale of IT products in Tamil Nadu saw a dip over the past three months as they witnessed occasions like death of former Chief Minister Jayalalitha, cyclone ‘Vardah’ and recent protest against the traditional sport ‘Jalikattu’. While many shops were remained closed for minimum two days for the aforesaid events, the transactions were reducing slowly. Also, according to channel key distributors in the market, the digital payments are also becoming a reality as many of the customers come with request for transactions through digital wallets.

Ravikumar Vajravelu, CEO, Pravi Technologies, another partner in the same street, who had deployed digital wallets in the area claims there is a need for awareness among the customers to start using it. “Currently the transactions are happening only in the B2C front. So, the transaction between a partner and distributor is not happening.”

Many partners feel that the digital wallet is used as the last priority- when a customer does not have either a debit card or a physical cash. Partners who manage their own shop can afford having a digital payment. However, those shops that are run by a manager will have to be extra cautious as there is no proper alert system or sync to the current account which is maintained in bank. K Raja, Director, Softline technologies, says “The digital wallets have created a huge demand in the market. However, there is a lack of awareness among the sellers themselves. The sellers are confused on the accounting purpose.”

What partners expect from Paytm?

Many channel partners expect a training or demo sessions for themselves or for their employees who are using the digital money in counters. The sellers also demand an alert/back-up system where the employees might not cheat the shop-owner with the digital transactions. Also, they expect one event or session where the Paytm executives will be present to clear all the clarifications of the channel partners in terms or accounting and tech-specifications.