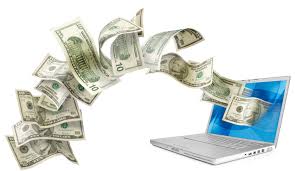 Last few weeks, I am meeting a large number of channel partners from every location, both from metros and upcountry markets. While most of them are indeed lamenting about shrinking margins and even contemplating exiting the IT business, the most common grouse I keep on hearing is about delayed payments.

Delays by the vendor despite several reminders, resellers extending credit periods beyond all reasonable limits or worse disappearing in some cases without paying—it’s obvious that payments (or rather non-payment, to be more precise) is one of the most serious malaises afflicting our channel partners today. And this malaise does not know any regional boundaries—be it a partner in Ludhiana or Secunderabad or Amravati or Bhubaneshwar, delayed payments is a curse afflicting all.

While chroniclers of the times like DQ Week has been actively highlighting the plights of those suffering individuals or companies whenever or wherever possible, I am sure that other stakeholders have to take up responsibilities too. For one, all partners must do a careful and thorough scrutiny of whoever they are doing business with, especially if it is the first time.

There have been instances when even partners who have been doing business for a long time vanish without a trace. I know it is difficult and many partners will insist that they have been doing business on trust and on verbal approval for so long. But with changing times, they have to become strict, at the cost of even being rude—after all no one would want to lose money, at the cost of offending somebody, I am sure. What is most needed is a drastic improvement in overall transparency especially about auditing accounts of partners.

While compiling the revenue lists of partners, we realize the lack of this transparency most acutely. Even if some people lead the way here, I am sure many more would follow; and once the overall transparency improves, there would be little place for fraudsters. There can be genuine reasons for delays in payments too; transparency will ensure that such cases are looked at with adequate attention and not bracketed with the cases of total fraud.

I just cannot also help feeling that ultimately it is the local channel association who can offer the most meaningful assistance. Provided, of course the association is active enough, not beset with internal rivalries and petty politics and most importantly carries enough clout in the market. However, in reality we are not seeing much of this happening, as most associations often fail to take up the cudgel on behalf of their beleaguered members. The reasons are not difficult to fathom; either there are vested interests in play; or the association office bearers are too busy with their own businesses to devote enough time; and, in some cases, they are plainly indifferent to the plights of the individual partners.

Often the large or influential partners in a particular market use their own clout to solve their problems, and it is the smaller partners who suffer. And probably these are the people in maximum need of assistance from the associations—but unfortunately these most often turn out to be another of those Big Boys Clubs. So ultimately, instead of condemning individual partners or associations, every stakeholder in the whole ecosystem must look at stopping fraudulent payments and reducing delays in payment cycles.

DQ Week is willing to offer all help, be it as a neutral body reporting the cases, or even acting as a third-party mediator to settle the differences.

Throughout 2019, technology has continued to have a transformative impact on businesses and communities. From…

Sify announces Dividend on Equity Shares of the company