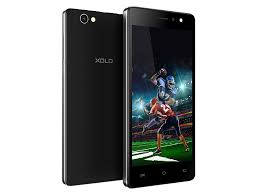 Indian smartphone maker Xolo has expanded its product portfolio with the launch of Era X. The company has priced the device at Rs 5,777 and it will be exclusively available on Amazon in black colour option.

Talking about the specifications, the Xolo Era X flaunts a 5-inch HD display with 1280×720 pixels resolution made starch resistant with a coating of Corning Gorillas glass on top. Powering the handset is a 1.5GHz quad-core Spredrum processor paired with 2GB of RAM. The inbuilt storage of the device stands at 8GB which can be expanded further up to 32GB using a microSD card.

The handset runs on Android 5.1 Lollipop operating system upgradable to Marshmallow 6.0. The dual sim device features an 8MP rear camera with LED flash and a 5MP front facing snapper for selfies. The connectivity attributes of the device include 4G, LTE, 3G, Wi-Fi, Bluetooth, GPS and packs a 2,500 mAh battery.

Last week, Xolo launched Era 4G smartphone with a price tag of Rs 4,777. The Era 4G sports a 5-inch HD display with 1280x720p resolution. Powering the handset is a 1.5GHz quad-core processor paired with 1GB of RAM. The onboard storage of the smartphone stands at 8GB which can be expanded further up to 32GB using a microSD card.

Xolo unveils HIVE based Omega 5 and 5.5

Xolo continues to push its HIVE platform with new budget smartphones Omega 5.0 and 5.5.…