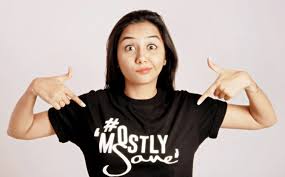 Yatra.com​ has partnered with YouTuber Prajakta Koli. Koli aka Mostly Sane, who has over one lakh subscribers on her channel, will now create a special Yatra playlist called ‘Mostly Yatra’

Known for adding humor to the most mundane things that we come across in our daily life, through this series, she will be seen imparting her Yatra gyaan which is her witty take on being a traveler and various experiences and encounters that one comes across while you are travelling. The playlist consist of videos that range from the types of people on a road trip to the Types of Indian Travellers. ‘Mostly Yatra’ is a fortnightly property with videos being released every alternate Thursdays on Prajakta’s handle.

Commenting on the association, One Digital Entertainment co-founder and CEO Gurpreet Singh Bhasin said, “It’s great to be able to collaborate with India’s leading travel website, and for them to be interested in Prajakta Koli only reinforces our belief in the digital talent we nurture. Mostly Yatra is a great concept and Prajakta being youth favorite because of her relatable fresh and quirky content, we are sure to appeal to the masses. This is a great collaboration for all three brands we think – Yatra.com, One Digital Entertainment and Prajakta Koli.”

Yatra.com CMO ​Vikrant Mudaliar said, “Yatra has always been exploring new and innovative digital ideas. With youth being the largest consumer of digital content and Prajakta, being such a popular youth icon, we decided to collaborate with her. The idea was to showcase a light hearted, tongue – in – cheek take on various travel situations and that’s exactly what has been executed very well by Prajakta and her team.”

With over a billion users, YouTube is the biggest and the most popular reservoir of media content.…

Yatra.com, has announced the appointment of Vikrant Mudaliar as the Chief Marketing Officer of the…