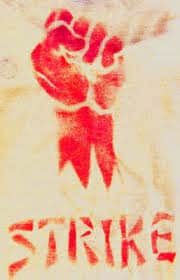 In order to support Federation of All India IT Association (FAIITA)’s stance to refrain purchase of products from all national distributors and vendors, COMPASS called for a strike on 20th December 2014 post a general meeting among association members on 19th December 2014.

“COMPASS didn’t call for any strike. It was FAIITA’s appeal to all regional members pan India to refrain from purchasing fresh stocks and we being a prominent regional player in East, supported the cause,” said Pawan Jajodia, president, COMPASS.

However, as per Jajodia, FAIITA has seeked appointment with few vendors who in turn have requested for a date in order to come to a common solution. Keeping the vendors in concern, the strike has been called off or postponed for the time being with IT dealers resuming business from 23rd December 2014.

The situation of predatory pricing still looks bleak with IT dealers moaning about their business hamper from unfair cost structure practiced by e-tailers taking away a large chunk of IT dealers’ business. However, FAIITA is working actively to come to a solution so that both e-commerce platforms and IT dealers working from brick and mortar stores can co-exist without undue competition along with addressing the concern of cost structures practiced by online retailers.

Posted by: Ishleen Kaur
View more posts
Tags:COMPASS’, e-tailers, ecommerce, FAIITA, Federation of All India IT Association, postpones IT strike
COMPASS postpones IT strike after FAIITA’s order 0 out of 5 based on 0 ratings. 0 user reviews.
SoftAge subsidiary to help Saudi Arabia govt become paperless
COMPASS IT fair gets boost from CeBit

Birlasoft (India) Limited announced its selection as a strategic partner to Toolway Industries Ltd., a Toronto,…

After the success of Regional Partner Conclave in cities like Mumbai, Hyderabad, Kolkata, DQ Channels…