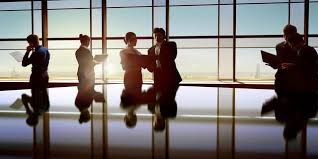 The Union Government first tried pushing different bills like Land Acquisition, mining, insurance etc. It sang paeans of praises to justify how great these new laws would be and how they will uplift India. While it managed to pass through Mining and Insurance, it looks likely that they will get unstuck with the Land Acquisition one owing to resistance from most political parties.

Lately realizing that majority political resistance reads majority public opposition too, the government is now spinning a web that even without land acquisition in the current form would not impact industrialization severely.

This volte-face is not only surprising, but also proves that the government never bothers to really check with the stakeholders while making the decision. There might be lot of loud noises voicing concerns about aam admi, but in how many forums had the government ever taken the inputs from these aam admis before taking their decisions.

In the IT industry too, I am witnessing a similar supercilious attitude with most vendors. In the last few months, we have seen at least more than five vendors completely revamping their channel structures, rejigging their operations and most importantly totally restructuring their pricing policies. But I wonder on how many occasions even one of these decisions was done in consultation with the channel partners, the most important stakeholders in the whole business?

Not on one single occasion, I can assert. While it is the partners who are doing the actual selling on the ground, all metrices on which they have to operate are imposed on them without any inputs from them. Absence of feedback mechanism on devising pricing and channel reorganizations leads to not only a smack of or no transparency, but also raises questions on the intentions of vendors.

It seems that somehow pushing their own agendas is the priority with these vendors and little do they care how the channel partners will be able to implement those agendas. And since in most cases it is the question of livelihood for partners, it often amounts to coercion or indirect blackmail. Its high time partners refuse to accept significant changes in pricing or policies unless it is not discussed with them beforehand. Do all of you agree to this?

Over 5000 people including students, consumers, Gamers and channel partners experienced the latest technology in…

Mi TV Will Now Be Available Through Channel Partners

In an effort to reach a larger audience, Xiaomi’s Mi LED Smart TVs that were…